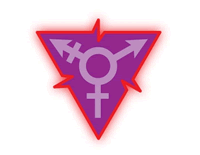 Last week, the short religious slot on Channel 4 that covers the 7pm news featured seven interviews around the area of trans-genderism. As usual with these slots there were seven vignettes of people with differing experiences and opinions.

It’s not possible to embed the videos, so this is a link to Christina Beardsley’s entry and you can see the other six on the right hand side of that film clip. It’s well worth spending 20 minutes or so watching all seven videos to get a good sampling of the siffering stances on this issue. Christina reflects on her appearance on 4Thought.TV here.

Last time I wrote about these issues, here’s what I had to say.

I have to be totally open and honest with you (and my other readers) at this point and admit that I am currently engaged in a rethink on this issue of transgenderism. When we lost our second son to a chromosomal disorder (in his case Trisomy 18 â€“ Edwards Syndrome), I spent quite a bit of time exploring issues around chromosomal disfunction and other gender issues. Iâ€™m still in the middle of that exploration, but at the moment my position can be summarised as follows: